Popular stuff
You are at:Home»Features»10 Weirdest LEGO Sets
Prev7 of 11Next
Use your ← → (arrow) keys to browse 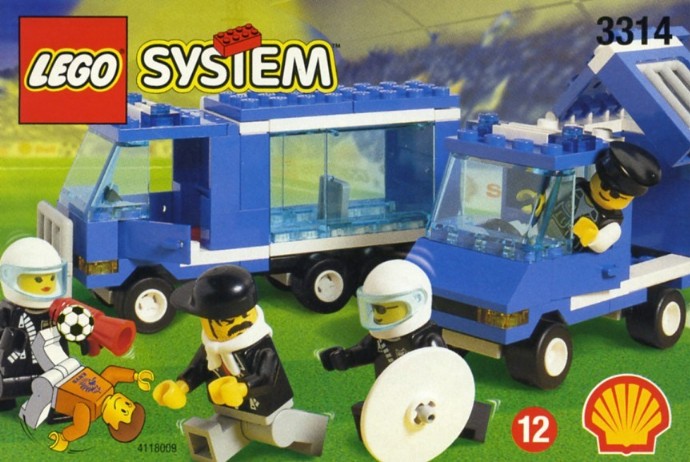 This is a special set released to promote 1998 Football World Cup. As such, it is football-themed and includes four minifigures, which is always a plus for such a small set.

The set was made to promote 1998 Football World Cup, right? And boy, does it promote. The set depicts an important aspect of any football match: a police riot. Yes, that’s right, this nice little LEGO scene shows cops arresting a hooligan. Should we remind you that the set was released to, you know, celebrate football?

Now, we get it. Hooligans are a true problem plaguing this great sport, but still, it’s a weird choice for a scene. It almost feels like one of those adult LEGO themes people make in their spare time. But no, this is the real deal, released by official LEGO. WTF were they thinking?

It’s actually a great set. It offer so much: four minifigures, including a female police officer and a cool looking hooligan. It also has two police vehicles, one of them being a special truck for prisoners. You can actually open the doors, ceiling and the jail to capture hooligans. All in all, this is a great set that keeps on giving. When it comes to subject matter, this is probably the most original LEGO set ever.

If you’re feeling inspired, check out the Amazon LEGO shop.